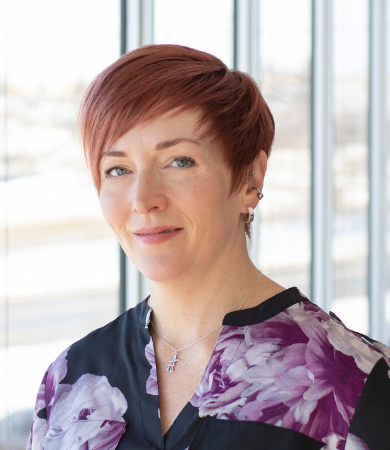 Nicole joined Payworks in 2011 and has over 20 years of management and Human Resources experience. She’s spent much of her career cultivating Payworks’ award-winning, high-engagement, low-turnover culture as the leader of a talented team of HR professionals.

Nicole’s tenure at Payworks has contributed to several national honours, including recognition as one of Canada’s Top Small & Medium Employers for 2021 and Canada’s Best Managed Companies Platinum Club designation, having retained its Best Managed designation every year since 2012.

Under her leadership, Payworks identified its purpose: “doing right by people.” Within the Payworks team, one of the things this means is the continuously-evolving development of an inclusive environment where all of our people feel safe, respected, empowered and that they belong.

Nicole holds a Business Administration diploma from Red River College and a Human Resource Management diploma from the University of Winnipeg, as well as a CPHR and SHRM-SCP designation.